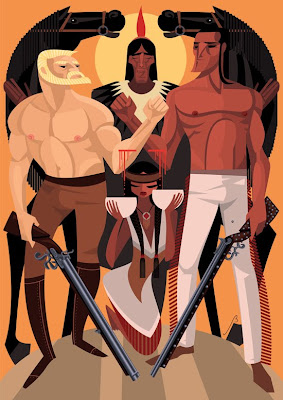 At this years Munich Comic Festival the award for lifetime achievement was given to Helmut Nickel. To honor him further many German artists created tributes to his Winnetou comic.
For my version I picked the scene were the became blood brothers. I chose this symmetrical church window look because I wanted to portray the two heroes almost saint like, because the characters are very traditional hero characters who always do the right thing, are the best at whatever they do and have no flaws whatsoever - Basically it is the adventures of a Mighty Whitey who is best friends with a Noble Savage. I had a lot of fun with the details in this piece like the different idealistic male body types, or giving them the weapons that Karl May, the authour of the original novels, had custom made to look like the ones he described in the book. 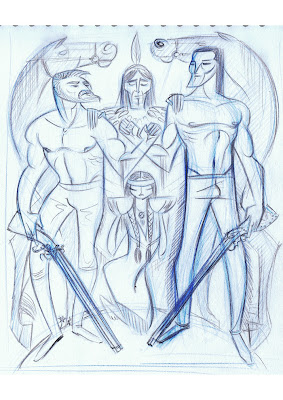