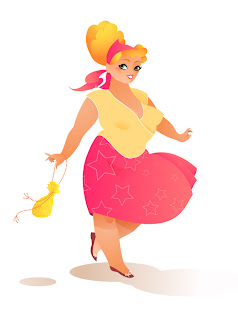 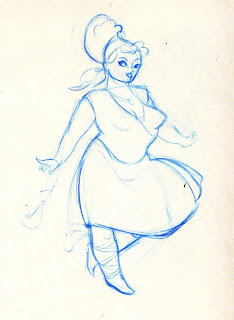 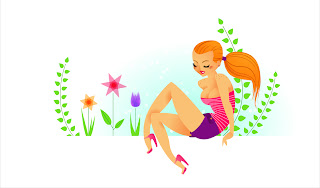 This was actually inspired by a shopping tour with my younger brother. I never would have thought that it would be so cool! He was very open minded to more bold fashion choices and had obviously just gotten a raise or something, because he was spending like there was no tomorrow. We were laughing and joking all the time and it was just great fun! The girl in this picture does not look like me but the guy looks like my brother - when he was trying if the electric blue hooded cardigan would fit his jacket. 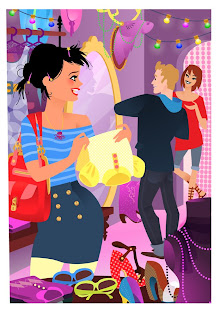 This was the pencil version I worked from, as you can see I changed the girl later and moved a lot of stuff around: 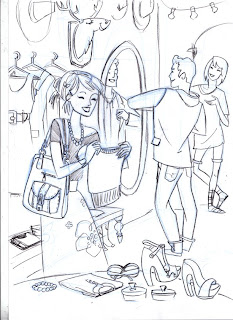 this is the sketch I made for the second version if the girl: 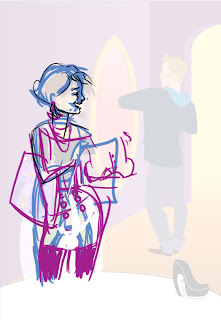