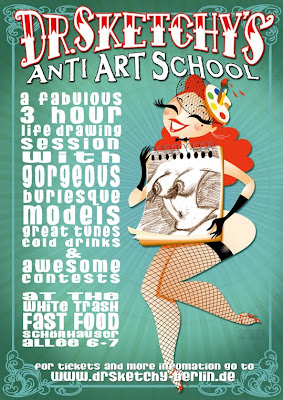 It is probably obvious that i am a big fan of the Dr. Sketchy's Anti Art School concept by Molly Crabapple. So far my home city Berlin hadn't had a monthly event. Hedoluxe from Dr. Sketchy Hamburg was kind enough to organize an event every couple of months - I've been to the last one and it was spectacular - but otherwise we were missing out. But only until now because the amazing Matthias Pflügner is now organizing a monthly event at the White Trash Fast Food restaurant. Check it out:
- Homepage
- on myspace
- on Facebook

I hope I'll see you there on October 10th!

Almost forgot to mention: I got the honor to make the illustration for the Poster!

The Sketch on her sketchpad was done by my boyfriend ! 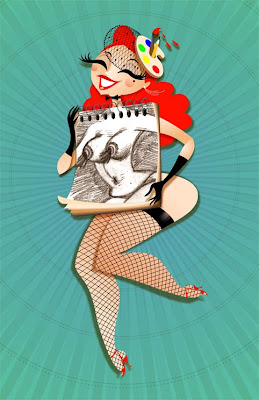 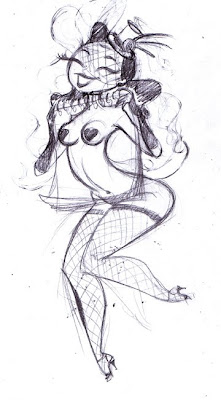